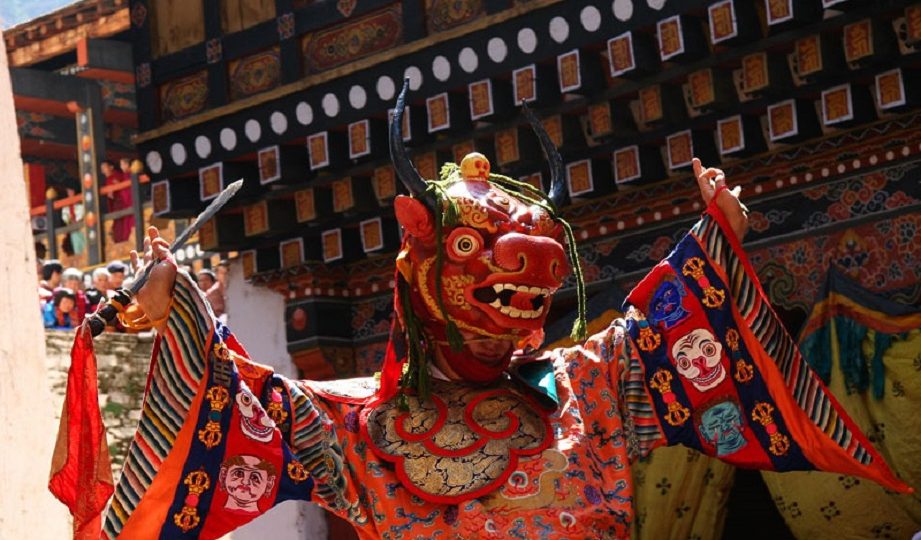 Situated between two giant countries- India and China, Bhutan might be a small country, yet it has a strong cultural identity and unity. Its rich and unique culture is reflected through the magnificent architecture, dresses, archery, traditional ceremonies and the everyday way of life of the Bhutanese. They strongly believe that protection of their unique culture would assist in protecting their sovereignty, due to which Bhutanese have managed to guard its culture and traditions from outside influence and have not seen their culture diminished in any way.

Bhutan still has the culture of wearing the traditional dress as a formal dress in any public places including schools and offices which is called Gho for men and Kira for women. Similarly, on birth names, the Bhutanese uses two traditional names selected by the child’s parents or grandparents rather including their family name. Regarding eating habits, the Bhutanese have a unique culture of eating with their legs crossed on the wooden floors and food being served first to the eldest member of the family. Furthermore, one of the most unique practice of Bhutanese include the installation of prayer flags on the hillside as well as on the roofs of the houses to offer prayers for all human beings and the god of the locality.

In order to preserve, support and promote the rich culture of Bhutan, the government as well as people of Bhutan has been giving an earnest efforts. Today, government supports traditional arts and crafts projects and also funds projects for restoration of historic sites. Similarly, the people of Bhutan have been guarding long standing cultural and spiritual events, ceremonies and other traditions with respect and reverence. However, additional help is also needed from the global community to continue these efforts so that Bhutan’s identity is not lost.