The lake city Pokhara is a piece of heaven on earth. It is known for its natural beauty and for adventure sports. The valley is lush green and has 8 beautiful lakes. Of them, Phewa, Begnas and Rara are the most visited.

Anyone who knows Pokhara knows Lake Phewa. It is the central point where all tourists gather. The place offers a splendid view of the white peaks and is a mixture of beauty, peace and fun. Boating in Phewa is almost therapeutic. Different types of fish and the reflection of Mt. Annapurana and Machhapuchhre (Fishtail) in the clear waters is just delightful. The forest around the lake is called Raniban (Queen Forest) and is rich in flora and fauna. This is a place to relax, a place to enjoy nature in leisure.

Tal Barahi Temple at the center of Lake Phewa is known to tourists as Island Temple and is an important Hindu shrine. The two story pagoda temple enshrines goddess Barahi (a form of Durga). The temple is crowded on Saturdays.

Equally beautiful, Lake Begnas and Rara has attracted many tourists for boating and other recreational activities. But it is not only the lakes that give Pokhara its name. The elusive Seti River and the waterfalls are its other charms.

Seti River gorge is narrow but deep and the water is milky white for which it was named Seti (White colored). This boisterous river, running right through the city, has carved caves and tunnels where it remains hidden. There are only few places where it can be seen from and Mahendra Bridge is a good place to witness its speedy descent.

There are other waterfalls in Pokhara but non as popular as Devi’s Fall. It is beautiful and fascinating. The legend says a Swiss tourist Mrs. Davis was swept away into the waterfall never to be seen again. Its name in Nepali is Patale Chango which means “Hell’s Waterfall”, an apt name as the water seems to fall down as far as the underworld. Actullay, the water runs only a hundred feet below through a long tunnel before exiting from Gupteshwor Mahadev Cave.

Caves are another attraction of Pokhara. Gupteshwor Mahadev is only one of the several caves found in Pokhara. Others are:

Some of the caves have religious importance and is visited by a large number of Hindu pilgrims.

Mountains like Annapurna I, Manaslu and Dhaulagiri is within 50km from Pokhara City. As such, a great view of these ranges can be enjoyed from the valley and the surrounding hills. This makes for a purposeful short trek to the hills such as Sarangkot, Phoon Hill and to Peace Pagoda.

These are short uphill treks inside Pokhara. Sarangkot and Phoon Hill is popular for the sunrise and sunset. World Peace Pagoda in the southern shore is known for the giant stupa. Beside this, all three destinations offer a great view of the city below and the peaks above.

Due to the proximity to Annapurana region, Pokhara is also a starting and ending point for popular treks to the Annapurna Region likes Annapurna Circuit Trekking and Jomsom and Muktinath Trekking.

Mountains at the top, green hills in the middle and the clear lakes in the city below; beautiful Pokhara is truly a wonderful city to visit. 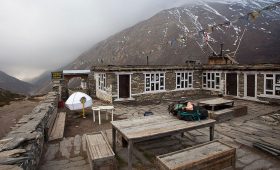 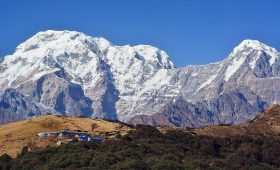 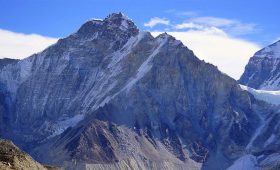