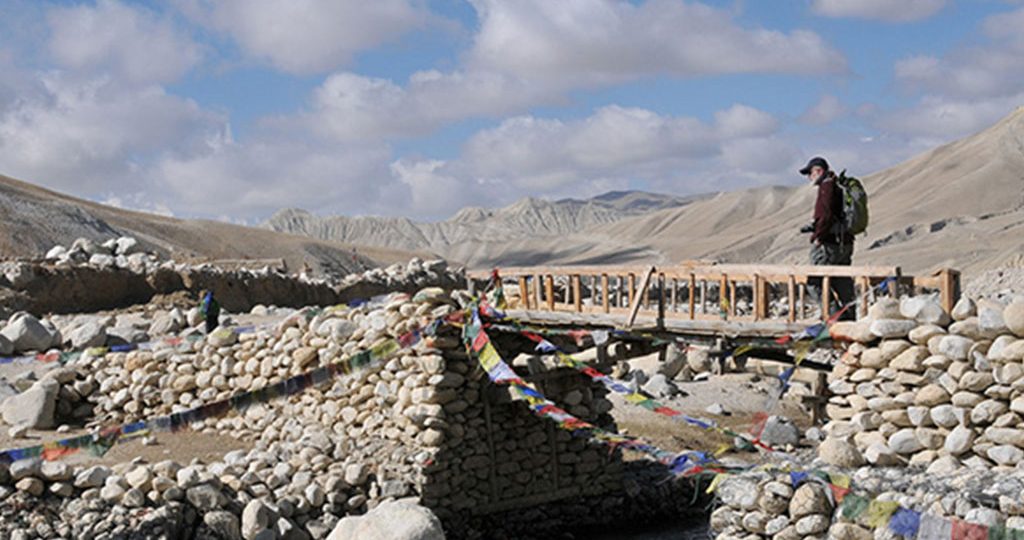 Trekking anywhere in Nepal is a beautiful and unforgettable adventure. Plus, a great experience. 8 out of 10 of the highest mountains in the world is in this land. Treks to Nepal is quite popular in the world for its breathtaking natural beauty and prosperous cultural diversity.

With some of the most diverse range of treks including short day hikes to month-long treks in the mountain regions, Nepal can fulfill any trekkers’ dreams and requirements.

Trek to Mustang is becoming one of the most popular choices for a lot of national as well as international trekkers.

A trek to Mustang encompasses everything that a trekker looks for- from exquisite views of some of the highest mountains in the world, affordability, to experience a diverse culture, and landscape.

Another reason is its’ accessibility. It is possible to do this trek comfortably throughout the year, including off-seasons like the summer season of Nepal.

Yes, unlike some of the most famous treks in the Annapurna and Everest region of Nepal, a trek to this region can be comfortably and successfully done even in summer or monsoon season of Nepal.

Mustang lies in the rain-shadow area of the Annapurna range, meaning this region of the country sees less rainfall making it perfect for trekkers who visit Nepal during this season. 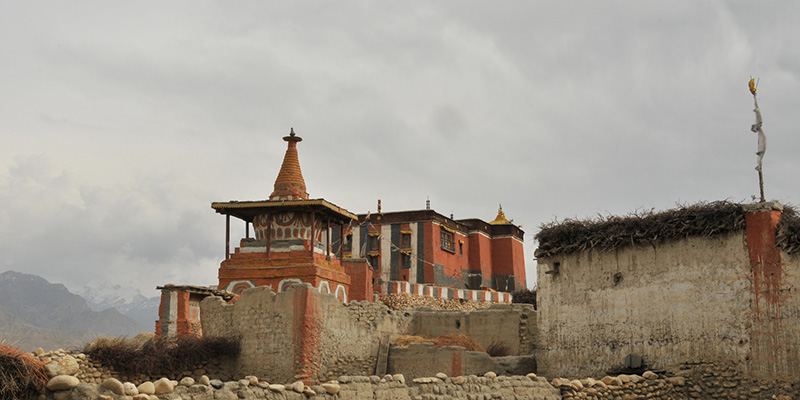 Mustang is one of the remotest and sparsely populated regions of Nepal. The region is divided into two parts- Upper Mustang and Lower Mustang.

Upper Mustang was previously the forbidden Kingdom of Lo. It falls in the restricted category of trekking in Nepal and was opened to foreigners only in 1992.

It is a high altitude desert with red and ocher land and is home to beautiful gorges, caves, and canyons. The surviving Royal members live in the 4 storey palace and are still revered by the locals.

Lower Mustang, though remote, is easily accessible throughout the year by air and land. It is famous for its apple orchards, rhododendron forests, the temple Muktinath- a holy site held sacred by both Hindus and the Buddhists.

Mustang, along with the different parts of Nepal enjoy 4 different seasons- Spring, Summer, Autumn, Winter. Each season has its unique flavor.

The months of March, April and May are considered spring season in Nepal. It is a very beautiful season to visit Nepal.

As the temperature increase, the rhododendron in Lower Mustang blooms. It makes for great pictures and memories of forests covered in red and pink flowers.

The weather is warm and clear with high visibility of peaks and landscapes. It is also the best time to visit Mustang to cross high passes or trek to Upper Mustang.

The month of May is also the time of the region’s most famous and widely celebrated festival, the Tiji Festival at Lo-Manthang. It is celebrated for 3 days on the premises of the King’s palace in Upper Mustang.

You can witness the local culture to its full glory as the local people are decked in their finest clothes and jewelry and celebrates the festivals with songs, prayers, drama, and dance.

During this festival, the cultural dances are performed by the monks with a mythical story at Chode monastery. The Mustang-Tiji festival trek attracts pilgrims from all over Nepal and is famous for its Tibetan songs and sword dance.

The temperature during this season is also cool between 16-22 degrees Celsius.

Spring season is thus great for visiting Mustang to witness its blend of cultural enjoyment and majestic views of the mountain peaks and rhododendron forests. 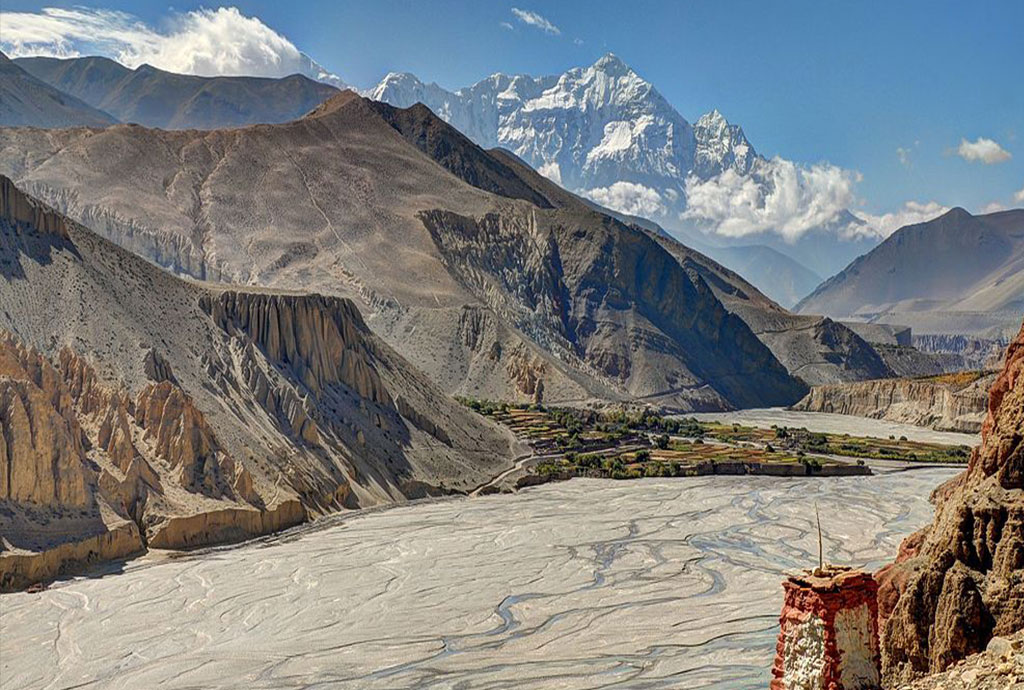 Late May marks the beginning of Summer in Nepal with increased temperature and rainfall in the lower regions.

June to August are the summer months in Nepal. Mustang lies in the rain-shadow area of the Annapurna region, meaning the upper regions of Mustang including Upper Mustang doesn’t have the monsoon.

Upper Mustang is perfectly safe and comfortable to trek during this season making it one of the most popular destinations for trekkers during this season. The full moon in the month of August marks the horse festival or the local Yartung mela.

This popular, 3 days’ festival sees horse race, archery, songs, dances and merrymaking. The warm, clear and long days are great for trekking in this region.

The lower regions of Nepal including Lower Mustang does see rainfall making for slippery and muddy trails. The trails can be affected by weather, landslides, mudslides. The flights to and from Jomsom (part of Lower Mustang) may be delayed due to the weather. 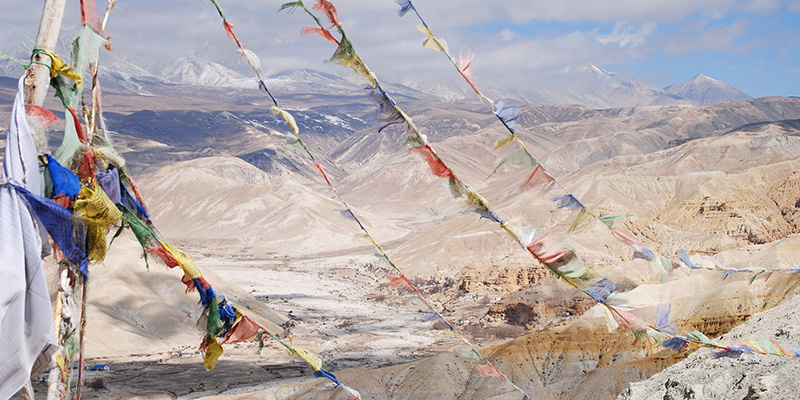 The best and ideal time to visit Nepal is between the months of September and November. Autumn season falls during these months.

After the monsoon, all of Nepal welcomes clear and fresh air and skies, cool temperature making for fabulous trekking conditions. The weather becomes dry and offers great visibility.

September still sees light rainfalls and humid weather in the lower regions. As December is around the corner, autumn is on the cooler side. It is refreshing and often considered the best months to trek in Nepal.

The month of October and November experiences slightly more predictable weather with great visibility of the mountain peaks, landscapes. You do not need any special gears and equipment to trek during these months.

These months are also great to catch sight of animals and birds of the region.

December marks the beginning of winter season in Nepal. The temperature starts to drop during the months of January and February, especially in the late evenings and night.

However, you will be rewarded with superb panoramas and the trekking trails will be a lot quieter catering to fewer visitors.

Lower Mustang trek is possible with many tea houses and lodges still open. They offer fireplaces, hot water, extra blankets to keep you warm. You get to compare and pick the tea houses, rooms, meals and enjoy the views of the mountains, village life at your pace.

This region does receive occasional snowfall, you can enjoy the weather, snowfall and winter games.

However, it is quite difficult to trek to Upper Mustang during this season as most of the villagers migrate to the lower regions. The upper region is covered in snow. But, some lodges and tea houses are still open for business during early December.

The temperature in Upper Mustang drops to negative. This region experiences heavy snowfall and almost all of the tea houses will be closed, hence treks during this season could be troublesome.

Major Highlights of the Mustang Trek 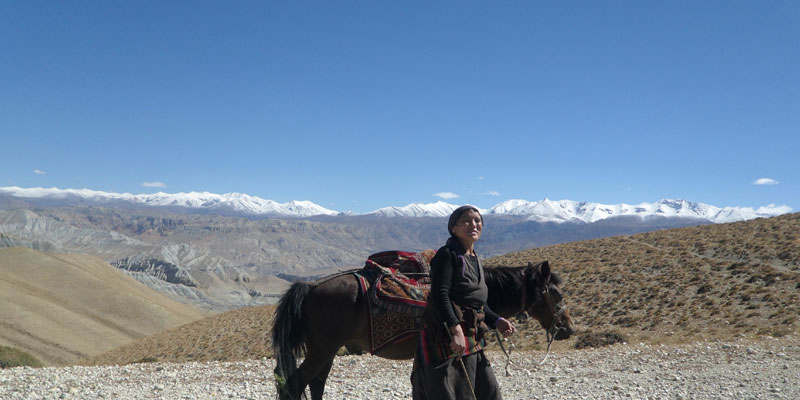 Trek to Mustang is an exotic tour to the unspoiled, remote villages of the mountain region of Nepal.

It was open to the foreign world only in 1992 making it one of the last, surviving examples of the remote, mountainous lifestyles, and the culture of Nepal.

Trek to Mustang can be comfortably and successfully completed any time of the year with the right equipment, supplies, and preparation.

Spring and Autumn season is considered the ideal time to do any treks within Nepal including Mustang.

Have a day or two off to explore the local villages, lifestyle and the culture of the locals.

If you have any queries about the trek to Mustang or any other treks within Nepal, feel free to contact us. 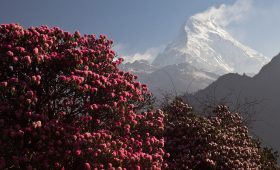 Annapurna Base Camp in April 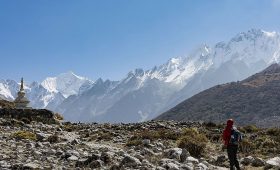 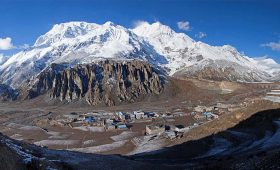