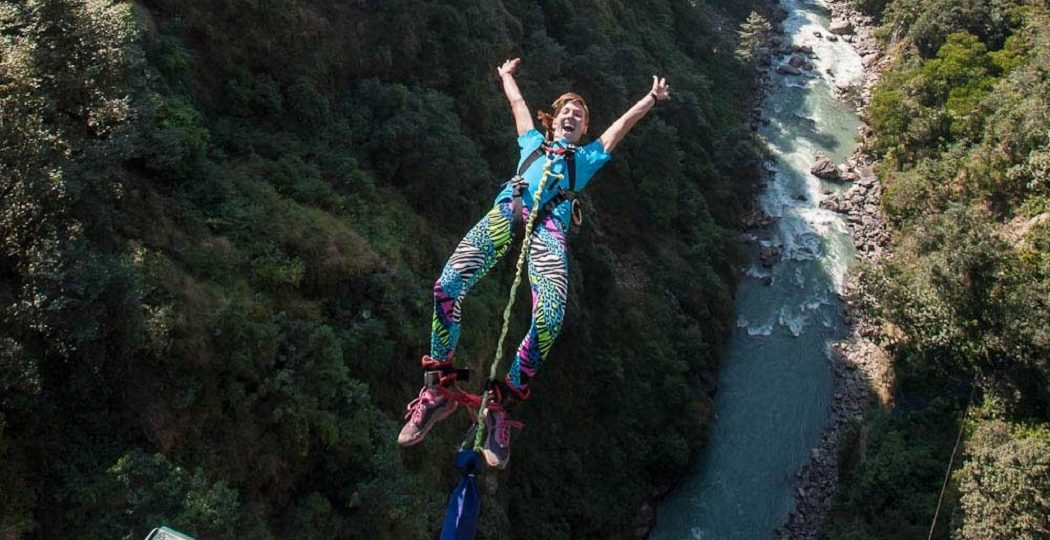 Imagine yourself standing at the edge of a fence-less section of a bridge, suspended between two hills. From here, you are about to take a jump towards the roaring river flowing meters below you- this is what Bungee jumping in Nepal would feel like.

Bungee Jumping is a popular extreme sport all around the world. It’s a free fall of few seconds that could be your longest breathless few seconds of thrill.

Nepal has two such sites that provide facilities for this sport. One of it, located close to the Tibetan border, is known as The Last Resort and the other one is in Pokhara, the former being the most popular one.

A privately owned resort, The Last Resort is the ultimate destination for Bungee Jumping in Nepal. It is the 9th highest jump in the world.

The resort is situated in Araniko Highway, very close to the Tibetan Border. It is about 3-4 hrs drive from Kathmandu.

The Swiss designed bridge is the longest suspension bridge of Nepal connecting two valleys. It is built over the Bhote-Koshi River at a height of 160m.

Last resort is not only famous for Bungee Jumping, but also for swing. They also have canyoning, canyon swing, tandem swing and high ropes.

Things to know before Bungee Jumping

Bungee jumping is a thrilling and yet a very safe adventure sport. The company providing this sport will ensure all the safety requirements are fulfilled on their behalf.

On your part, you need to be aware of few things before bungee jumping-

Make sure that your heath condition is fit for bungee jumping. The sport isn’t a good idea for people suffering from conditions like high blood pressure, a heart condition, dizziness, epilepsy, and injuries to the neck, back, spinal column, or legs. If you happen to have any of these conditions, consult a doctor first.

Do not dress fancy. Wear comfortable clothes. Do not wear anything that is too lose, too tight or too open like skirts.

Go with shoes that well secure themselves around your feet. No sandals or slippers. Avoid wearing boots or other such footwear that reaches your ankles.

You will be briefed by an expert before-hand. You need to keep all the instructions in mind.

A coach or guide will be there with you on the bridge before you jump. Listen to him carefully and follow his instruction. They are very crucial.

Top 5 Bungee Jumping in the world

Last resort is the 9th highest bungee jump in the world. If you are interested in knowing about the top 5 bungee jumping sites, a brief information about each one of them is given below-

Built at the height of 321 m. Royal Gorge Bridge was the highest suspension bridge in the world until 2001. Situated in Colorado, United States, it is currently the highest bungee jumping spot in the world. 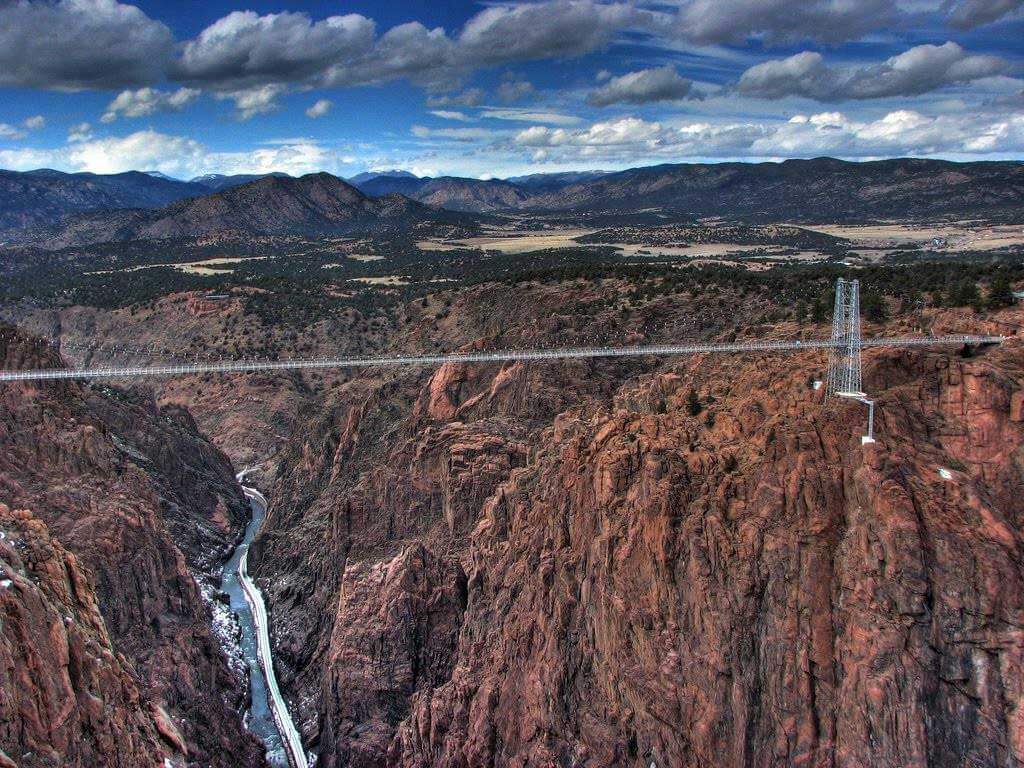 A New Zealand entrepreneur by the name Alan John was the first one to jump from this tower, breaking his own previous Guinness World Record of “The Highest Bungee Jump from a Building”. The spot is located in Macau, China, at the height of 233 m.

Also known as Verzasca Dam, Contra Dam is a ‘S’ and arch dam on the Verzasca River in Switzerland. The dam became a spot for bungee jumping right after the release of the film- “the Golden Eye”. It is a James bond film that begins with the featured James Bond jumping off the dam as the opening scene.

Situated in Western Cape, South Africa, The Boukrans Bridge is built at 216 meters (709 ft). It was the first African bridge for bungee jumping in 1990.

Built at a height of 192 m, Europabrucke Bridge spans the sill river on the route between Austria and Italy. It is situated in Inssbruck, Austria. The bridge has a great view of the Alps. 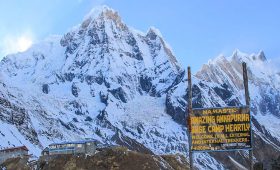 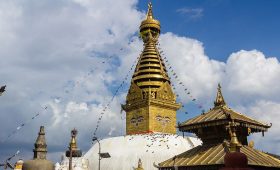 Things to See in Nepal 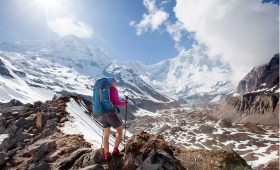 Annapurna Base Camp Trek In December