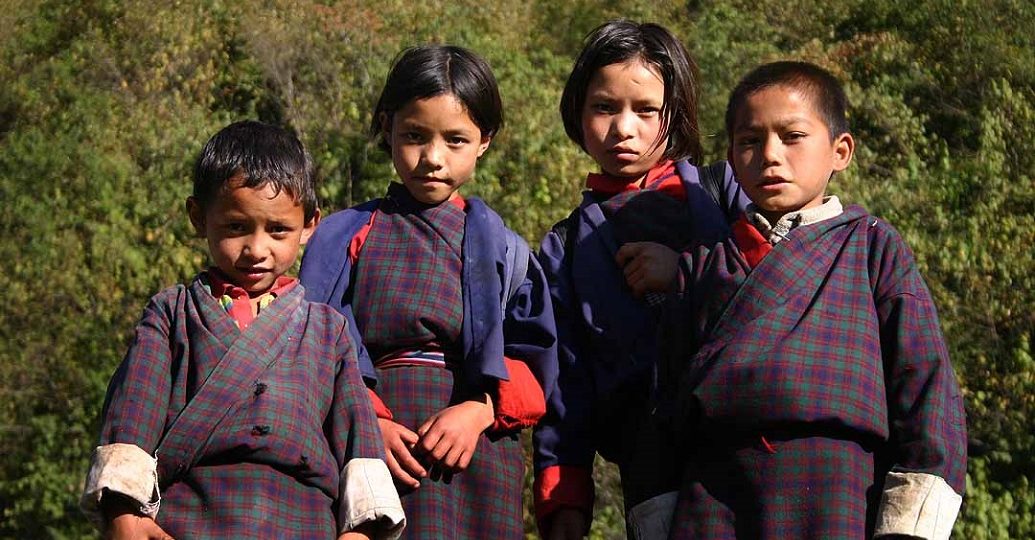 Bhutan, the Himalayan Kingdom reputed for mystery and magic is no ordinary place. This is a country which is hardly influenced by western civilization and has its environment, culture and tradition unspoilt and intact for centuries. It is for that reason, you can imagine yourself captured hundreds of years back while visiting Bhutan. This is also enhanced by the people of Bhutan who are less influenced by western culture and lead a calm, simple, peaceful and traditional lifestyle even today.

There are four major ethnics groups in Bhutan; Bhutia, Sharchops, Lepcha and Nepali. These groups are distinguished by religion, language and socioeconomic characteristics. The most popular is the Bhutia who mostly live in Northern and Central Bhutan. Similarly, Sharchops are thought to be the earliest inhabitants of Bhutan. Likewise, Nepali people also constitute a significant portion of Bhutan’s population.  They are the recent settlers in Bhutan who are mainly from Rai, Gurung, and Limbu ethnic groups. All the ethnic groups live together with peace and harmony.

One very common attribute of all Bhutanese, which is also the identity of Bhutan, is the sense of hospitality. It is a rare incident in Bhutan where any stranger is unwelcomed by a Bhutanese. They are deeply religious and hold a strong belief that being good to others brings them a good karma too. This unique principle is a great social thread that contributes to strengthening the country’s social harmony.

Bhutanese people are deeply traditional and still wear their traditional dresses- Gho for Men and Kira for women- in schools, offices and other public places. They wear it with pride and carry it off with style. So, take a trip to Bhutan to explore this beautiful country full of caring, religious and welcoming people all around.