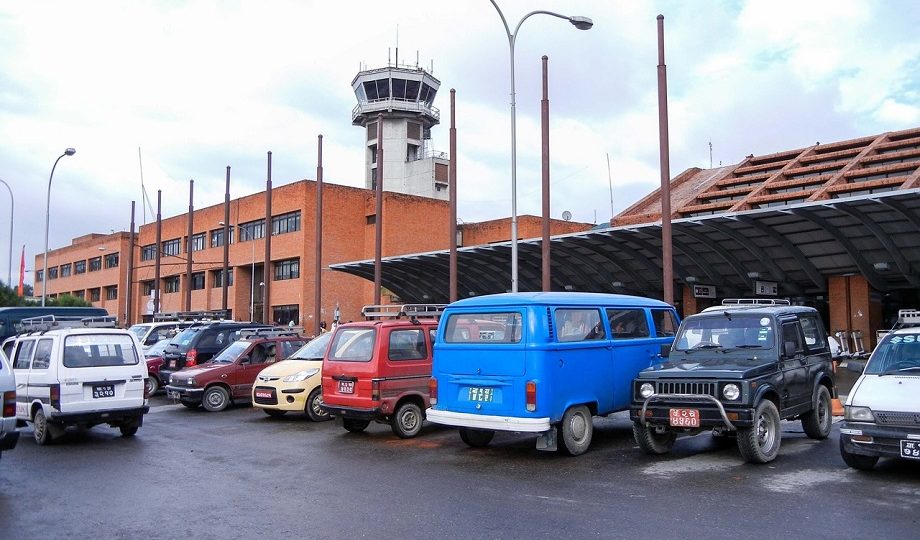 Getting Around by Air

A network of domestic flights radiates from Kathmandu, and links major towns, from Luklu and Pokhara to Simikot, Jomsom, Janakpur and Bharatpur,Bhadrapur and other areas. Many of these flights offer spectacular views across the mountains. But because of the ever-changing weather conditions, there are often last-minute delays and cancellations. Always give yourself plenty of time to catch connecting flights.

Royal Nepal Airlines (NA) operates an extensive range of scheduled internal flights including to the trailheads for the main trekking routes. Other domestic airlines, including Yeti Airlines (OY), Buddha Air (BHA), Guna Airlines and Agni Air (AG) provide regular and charter services to popular destinations. Helicopters can be chartered for various purposes.
Note: Air fares must be paid in foreign currency by foreign nationals. Only Nepalese and Indian nationals are allowed to pay in Nepalese Rupees.

Getting Around by Train

Nepal Railways Corporation Ltd operates a freight and passenger service in the eastern Terai. However, tourists aren’t allowed to cross the border on the passenger train.

Getting Around by Road

Traffic drives on the left. The interior parts of the country are linked with a number of motorable roads. The road system is of unpredictable quality. Many of the mountain and hill roads are impassable during the monsoon season (June to September).
Bus: There are regular bus services to Kathmandu from all the border points. Tickets may be booked in advance from hotels or travel agents in Thamel. Buses for the different parts of the country are available at the Gongabu bus terminal, which is located near Balaju. Services are operated by the Transport Corporation of Nepal and by private operators. Deluxe tourist buses are available from Kathmandu to Pokhara and Chitwan. Most of them depart at 07:00 am from near by Thamel. Six-seater sumo tato vans, 12-seater vans and air-conditioned minibuses are also available for long distance travel. Visitors should, however, be aware that multiple-fatality accidents on buses are common.
Bicycles and motorcycles: These can be hired cheaply from Thamel, Rani Pokhari and Jhochhen Freak Street. Motorcyclists require a driving licence. Cyclists should make sure they have a working bell and a scarf to cover their mouth and nose from powerful exhaust fumes.
Car hire: There are no self-drive hire cars in Nepal. Instead, hire a car and driver or negotiate a daily rate with a taxi driver.
Regulations: The minimum driving age is 18.

Documentation: An International Driving Permit is valid in Nepal for 15 days, after which a local licence is required. A temporary licence is available from local authorities on presentation of a valid national driving licence.

Travelling in and around Towns and Cities

There are bus services in the populous areas around Kathmandu, which include the neighbouring cities of Patan and Bhaktapur. A trolleybus route provides frequent journeys over the 11km (7-mile) Kathmandu- Bhaktapur road. Private minibuses feed the trolleybus route from nearby villages. On buses and trolleybuses belonging to the Transport Corporation of Nepal (tel: (2) 12972), a four-stage fare system applies, with colour-coded tickets issued by conductors. ‘Microbuses’ also operate.
Taxi: Metered taxis are plentiful in Kathmandu; at night, the meter reading plus 50% is standard. Private taxis are more expensive and fares should be agreed before departure.
Tempos: These are metered three-wheel scooters, which work out slightly cheaper than taxis.
Rickshaws: These operate throughout Kathmandu. Fares should be negotiated in advance.