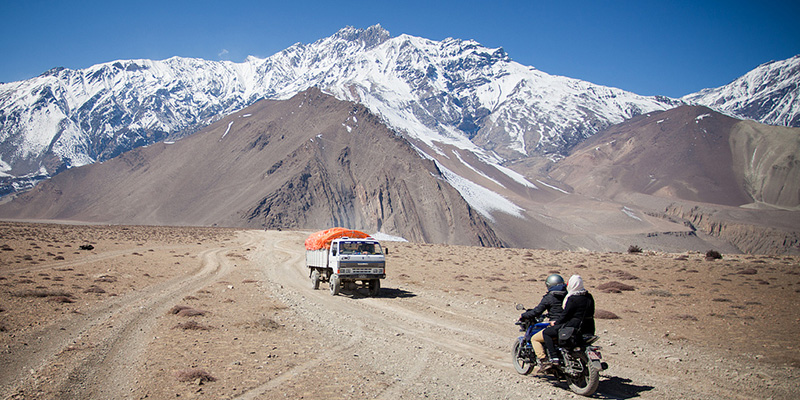 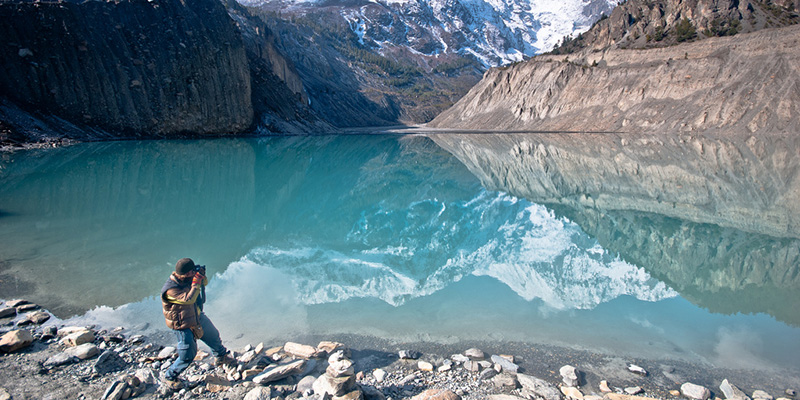 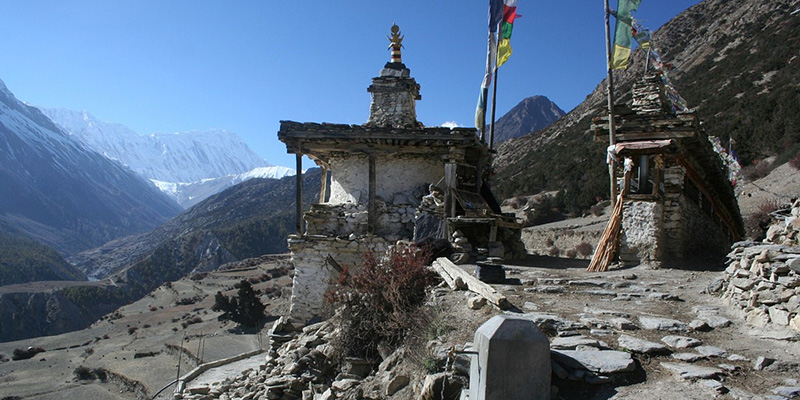 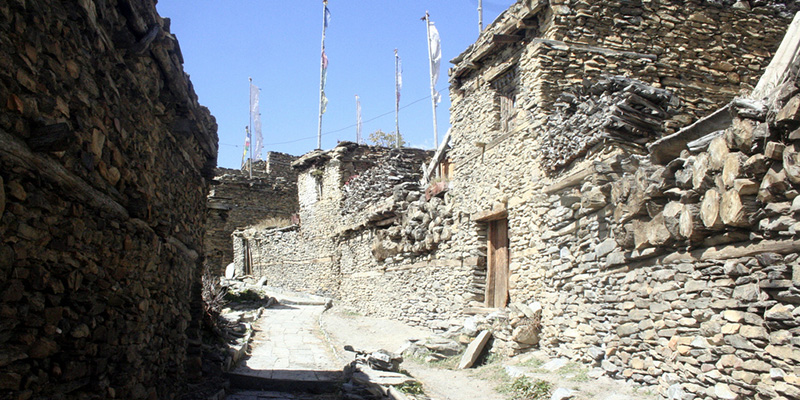 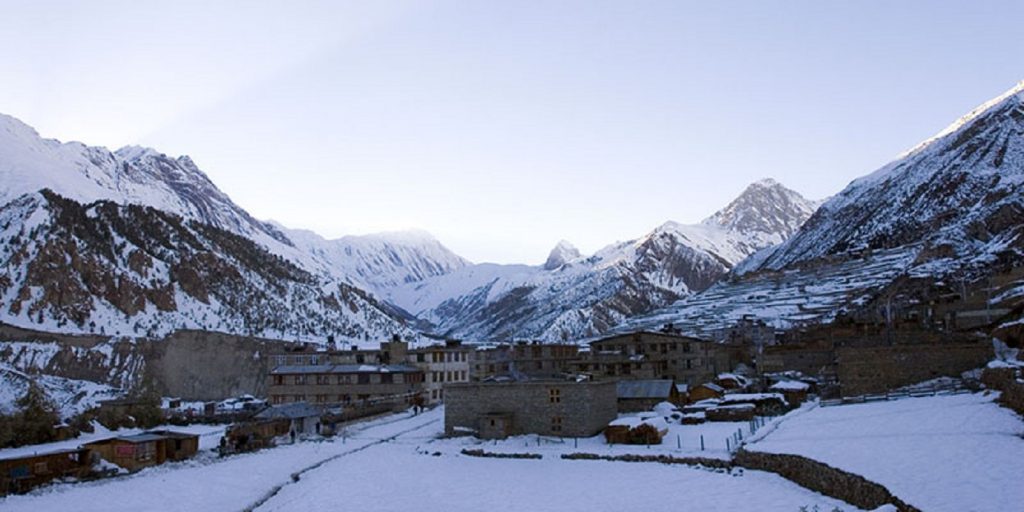 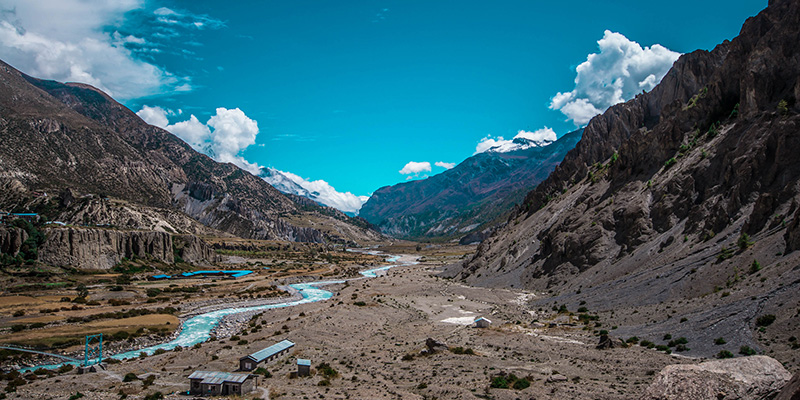 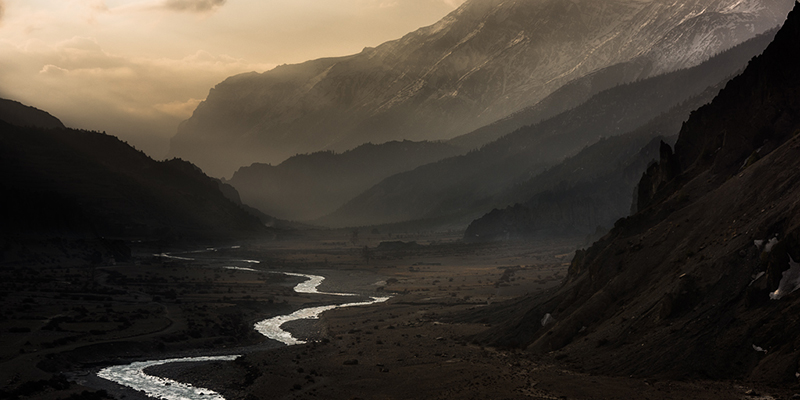 Manang is one the most beautiful hidden valley of South Asia- which can be conquered in a Manang Trek. It is a Nepalese village which is approximately 250 km from the national capital Kathmandu.

It is far from the capital but no one can feel that it is in far remote distance. This is because the available facilities can match the one of Shangri-La. Manang (3540m) is one of the largest villages in Manang district and one of the last trekking stops for trekkers walking the famous Annapurna Circuit trek.

From Manang the route continues to Thorung La (pass) at 5415 meters above the sea level which connects Manang district to Mustang District by providing a route between the town of Manang and the village Muktinath. This part of trail of Manang trek to Muktinath has been used by the locals for hundreds of years to transport huge herds of sheep and yak in and out of Manang.

The northern part of town is more preserved in its old style; in the southern part you will find many hotels, shops and even a cybercafe, with satellite internet connection.

Manangies are well-known traders and many of them are relatively rich having property in both Manang and Kathmandu and their children study in good schools or even abroad. 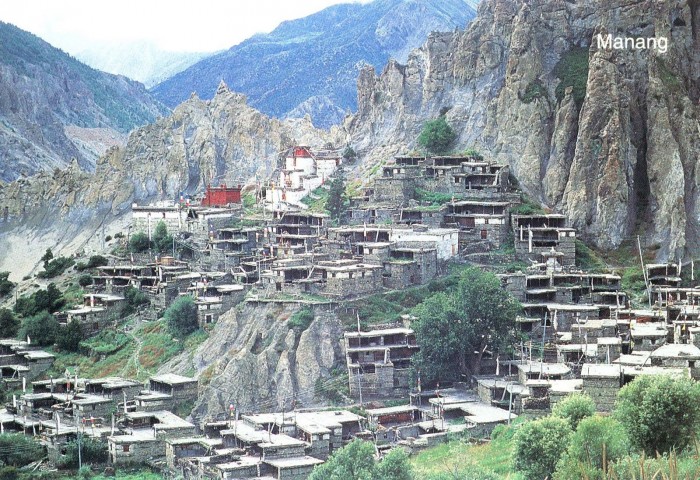 Many trekkers spend one acclimatization day in Manang or surroundings although the surroundings are interesting enough to stay for several days.

Interesting places to visit while Manang Trek are the glacier lake at the foot of the ice-fall at the slopes of the Gangapurna Mountain, the village of Braga, Bhojo gompa, a Milarepa Cave and a two or three day side trip to Tilicho Lake which is highest located Lake of the world.

Day 1 :
Day 01 : Arrive at Kathmandu airport and transfer to hotel.

Arrive at Kathmandu, you will be picked by our representative who will then transfer you to hotel. Overnight in Kathmandu.

We commence our journey by driving along the highway to Beshisahar and then take public jeep to Jagat or to avoid the changing and using local jeep we can take a private jeep straight from Kathmandu-Jagat. Overnight in Jagat.

Continuing to ascend alongside Marsyangdi River, we cross a waterfall before Chamje and then pass through spectacular fields and lush rhododendron forests on our way to Bagarchhap. We cross many suspension bridges and climb steeply on twisted trails with the view of Annapurna II (7937m) and Lamjung Himal (6983m) emerging in the backdrop. Crossing the villages of Tal, Karte, and Dharapani, we arrive in Bagarchhap. Overnight in Bagarchhap.

Continue to climb through pine and oak forests, pass through Danakyu, and ascend up to Timang village which lies at the bottom of Lamjung Himal (6983m). Often rough and rocky, the track climbs to Thanchowk and then continues through the forest to reach Koto. A gradual stroll alongside Marsayangdi River takes us to Chame, the headquarters of Manang district. Amazing views of Lamjung Himal (6983m) and Annapurna II (7937m) are seen from Chame. Overnight in Chame.

The day starts with the hike through the deep forest in a steep and narrow valley and then crosses Marsayangdi River on a long bridge. We then cross another bridge before continuing to trek through the pine and cypress forest to reach Bhratang. Then we climb uphill to reach Dhikur Pokhari, from where we follow the gradual trail leading to Pisang. In Pisang, we’re surrounded by the Annapurna range on one side and Pisang Peak (6091m) on the other. Enjoy the amazing overnight stay in Pisang.

There is two option to follow the way to Manang village. Although a little steep, the upper trail via Nawal to Manang is blessed with breathtaking views of the mountains as well as the verdant hills in the front. As we walk past the settlements of Ghyaru, Ngawal, Munchi, and Braga, we come across many small monasteries, including the 900 years old Braka Gompa. A short climb from Braka Gompa takes us to the beautiful village of Manang, situated between Chulu Himal range and the Annapurna range. Overnight in Manang.

We spend the entire day exploring Manang and its outskirts. We hike to the beautiful Gangapurna Lake for a closer view of the Annapurna range and Gangapurna Peak (7454m). We also explore the old Manang vicinity which is known as Tengi. We then visit the ancient monasteries around Manang and also interact with the friendly locals. Overnight in Manang.

Today we head back from Manang to Kathmandu. The jeep will arrive in Mamang the night before we leave to Kathmandu. The trail follows Marsayangdi River downstream, and passing a few meadows and bushes of juniper, we gradually descend until reaching to Beshisahar with amazing views of the Annapurna massif dominate the landscape en-route. . Overnight in Kathmandu.

Day 9 :
Day 09 : Transfer to International Airport for your onward destination.

Our representative will drop you at the airport 3 hours before your flight schedule. 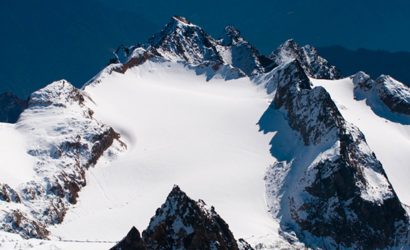 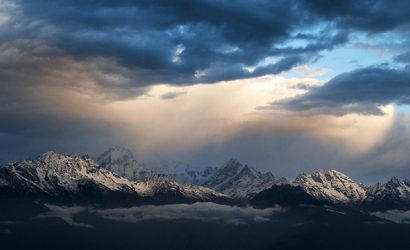 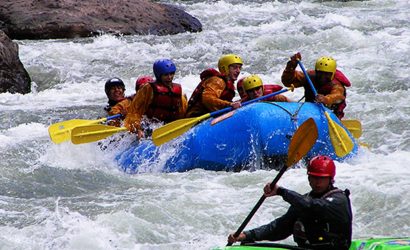 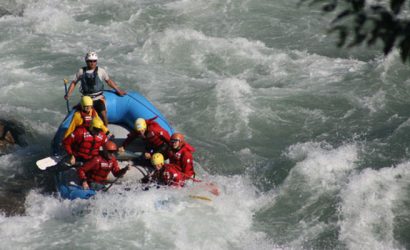