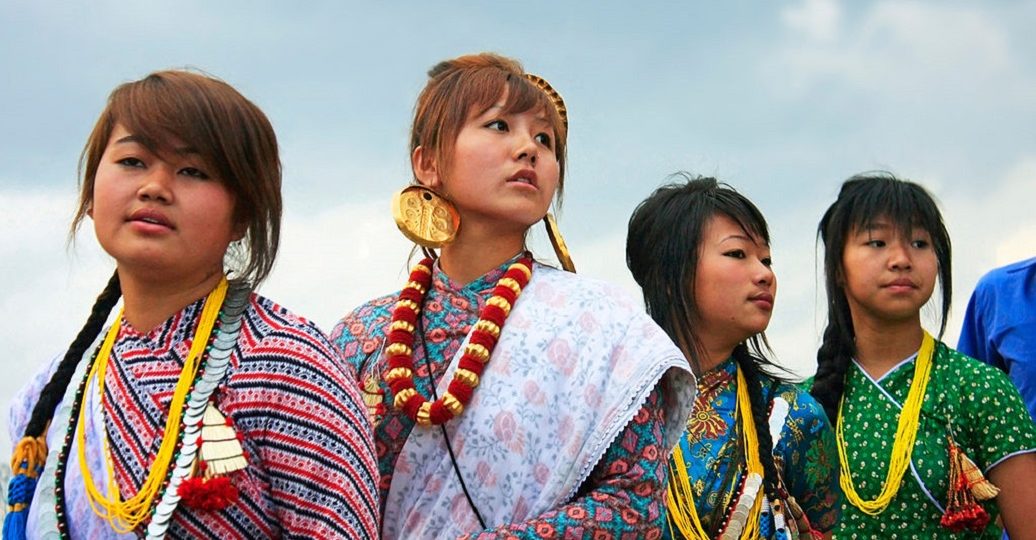 Perched on the Southern slopes of the Himalayan Mountains, the Kingdom of Nepal is ethnically diverse. The Nepalese are descendants of three major migrations. These migrations have taken place from India, Tibet, and Central Asia. Among the earliest inhabitants were the Newar of the Kathmandu Valley and aboriginal Tharu in the southern Tarai region.

The ancestors of the Brahman and Chetri caste groups came from India, while other ethnic groups trace their origins to Central Asia and Tibet, including the Gurung and Magar in the west, Rai and Limbu in the east, and Sherpa and Bhotia in the north. The People of Nepal are friendly and celebrate vast culture and traditons.

In the Tarai, which is a part of the Ganges basin, much of the population is physically and culturally similar to the Indo-Aryan people of northern India. People of Indo-Aryan and Mongoloid stock live in the hill region. The mountainous highlands are sparsely populated. Kathmandu Valley, in the middle hill region, constitutes a small fraction of the nation’s area but is the most densely populated, with almost 5% of the population.

Nepal’s 2001 census enumerated 103 distinct caste/ethnic groups including an “unidentified group”. The caste system of Nepal is rooted in the Hindu religion while the ethnic system is rooted in mutually exclusive origin myths, historical mutual seclusion and the occasional state intervention.