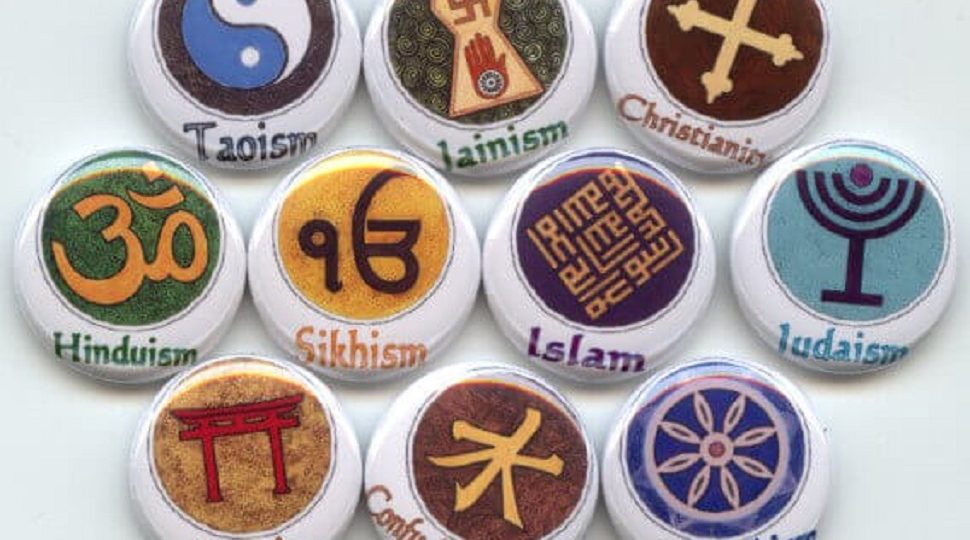 Religion in Nepal occupies an integral position in Nepalese life and society. In the early 1990s, Nepal was the only constitutionally declared Hindu state in the world; there was, however, a great deal of intermingling of Hindu and Buddhist beliefs. Many of the people regarded as Hindus in the 1981 census could, with as much justification, be called Buddhists.

The fact that Hindus worshipped at Buddhist temples and Buddhists worshipped at Hindu temples has been one of the principal reasons adherents of the two dominant groups in Nepal have never engaged in any overt religious conflicts. Because of such dual faith practices (or mutual respect), the differences between Hindus and Buddhists have been in general very subtle and academic in nature. However, in 1991, approximately 89.5 percent of the Nepalese people identified themselves as Hindus. Buddhists and Muslims comprised only 5.3 and 2.7 percent, respectively.

The remainder followed other religions, including Christianity.
The geographical distribution of religious groups revealed a preponderance of Hindus, accounting for at least 87 percent of the population in every region. The largest concentrations of Buddhists were found in the eastern hills, the Kathmandu Valley, and the central Terai; in each area about 10 percent of the people were Buddhist. Buddhism was relatively more common among the Newar and Tibeto-Nepalese groups. Among the Tibet-Nepalese, those most influenced by Hinduism were the Magar, Sunwar, and Rai peoples. Hindu influence was less prominent among the Gurung, Limbu, Bhote, and Thakali groups, who continued to employ Buddhist monks for their religious ceremonies.

Hinduism generally is regarded as the oldest formal religion in the world. The origins of Hinduism go back to the pastoral Aryan tribes, spilling over the Hindu Kush from Inner Asia, and mixing with the urban civilization of the Indus Valley and with the tribal cultures of hunting and gathering peoples in the area. Unlike other world religions, Hinduism had no single founder and has never been missionary in orientation. It is believed that about 1200 B.C., or even earlier by some accounts, the Vedas, a body of hymns originating in northern India were produced; these texts form the theological and philosophical precepts of Hinduism.

Hindus believe that the absolute (the totality of existence, including God, man, and universe) is too vast to be contained within a single set of beliefs. A highly diverse and complex religion, Hinduism embraces six philosophical doctrines (darshanas). From these doctrines, individuals select one that is congenial, or conduct their worship simply on a convenient level of morality and observance. Religious practices differ from group to group. The average Hindu does not need any systematic formal creed in order to practice his or her religion Hindus only to comply with the customs of their family and social groups.

One basic concept in Hinduism is that of dharma, natural law and the social and religious obligations it imposes. It holds that individuals should play their proper role in society as determined or prescribed by their dharma. The caste system, although not essential to philosophical Hinduism, has become an integral part of its social or dharmic expression. Under this system, each person is born into a particular caste, whose traditional occupation– although members do not necessarily practice it–is graded according to the degree of purity and impurity inherent in it.

Other fundamental ideas common to all Hindus concern the nature and destiny of the soul, and the basic forces of the universe. The souls of human beings are seen as separated portions of an all embracing world soul (Brahma); man’s ultimate goal is reunion with this absolute.

Karma (universal justice) is the belief that the consequence of every good or bad action must be fully realized. Another basic concept is that of samsara, the transmigration of souls; rebirth is required by karma in order that the consequences of action be fulfilled. The role an individual must play throughout his or her life is fixed by his or her good and evil actions in previous existences. It is only when the individual soul sees beyond the veil of Maya (illusion or earthly desires)–the forces leading to belief in the appearances of things–that it is able to realize its identity with the impersonal, transcendental reality (world soul) and to escape from the otherwise endless cycle of rebirth to be absorbed into the world soul. This release is known as Moksha.

Veneration for the cow has come to be intimately associated with all orthodox Hindu sects. Because the cow is regarded as the symbol of motherhood and fruitfulness, the killing of a cow, even accidentally, is regarded as one of the most serious of religious transgressions.

Hinduism is polytheistic. It incorporates many gods and goddesses with different functions and powers; but in the most important and widely held doctrine, the Vedanta (end of the Vedas), gods and goddesses are considered merely different manifestations or aspects of a single underlying divinity. This single divinity is expressed as a Hindu triad comprising the religion’s three major gods: Brahma, Vishnu, and Shiva, personifying creation, preservation, and destruction, respectively. Vishnu and Shiva, or some of their numerous avatars (incarnations), are most widely followed.

Buddha, the founder of Buddhism, is regarded as the ninth avatar of Vishnu. Some Hindus identify Christ as the tenth avatar; others regard Kalki as the final avatar who is yet to come. These avatars are believed to descend upon earth to restore peace, order, and justice, or to save humanity from injustice. The Mahabharata (compiled by the sage Vyasa, probably before A.D. 400), describes the great civil war between the Pandavas (the good) and the Kauravas (the bad)–two factions of the same clan. It is believed that the war was created by Krishna. Perhaps the flashiest and craftiest avatar of Vishnu, Krishna, as a part of his Lila (sport or act), is believed motivated to restore justice–the good over the bad.

Buddhism (another of the important religion in Nepal) had its origin in the teachings of Siddhartha Gautama, a Kshatriya caste prince of the Shakya clan; he was born in Lumbini, in the central Terai Region, about 563 B.C. His father was the ruler of a minor principality in the region. Born a Hindu and educated in the Hindu tradition, Siddhartha Gautama renounced worldly life at about the age of twenty-nine and spent the next six years in meditation. At the end of this time, he attained enlightenment; thereafter, known as the Buddha, or the Enlightened One, he devoted the remainder of his life to preaching his doctrine.

The Buddha accepted or reinterpreted the basic concepts of Hinduism, such as karma, samsara, dharma, and moksha, but he generally refused to commit himself to specific metaphysical theories. He said they were essentially irrelevant to his teachings and could only distract attention from them. He was interested in restoring a concern with morality to religious life, which he believed had become stifled in details of ritual, external observances, and legalisms.

The Four Noble Truths summarize the Buddha’s analysis of the human situation and the solution he found for the problems of life.

The first truth is that life, in a world of unceasing change, is inherently imperfect and sorrowful, and that misery is not merely a result of occasional frustration of desire or misfortune, but is a quality permeating all experience.

The second truth is that the cause of sorrow is desire, the emotional involvement with existence that led from rebirth to rebirth through the operation of karma.

The third truth is that the sorrow can be ended by eliminating desire.

The fourth truth sets forth the Eight-fold Path leading to elimination of desire, rebirth, and sorrow, and to the attainment of nirvana or nibbana, a state of bliss and selfless enlightenment. It rejoins right or perfect understanding, aspiration, speech, action, livelihood, effort, thought, and contemplation.