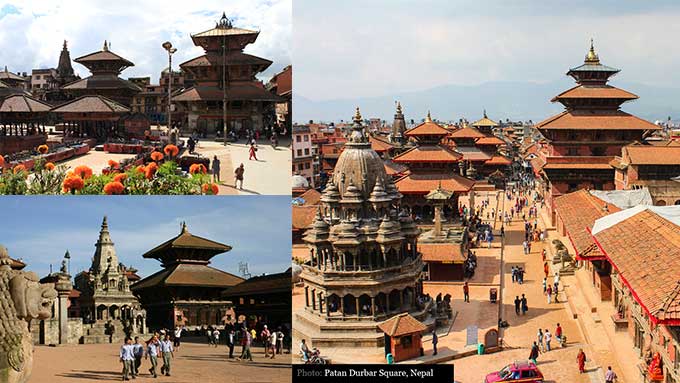 Ever wondered what a city that looked like a museum be like; a city that preserved all its ancient treasures and monuments. Like as if every street were a new ally of the art museum.

This is what Kathmandu Valley exactly looks like- a modernized city with well-preserved ancient archeological structures; a perfect blend of conventional and traditional. Kathmandu itself has seven world heritage sites. 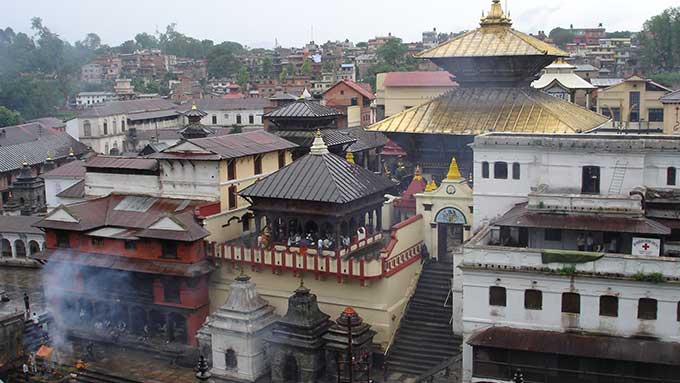 This is one of the most sacred  Temples of the Hindus. Thousands of Hindus visit Nepal only to step into the holy premises of this temple.

Located near the Bagmati River, the temple is also a site for cremation for the Hindus. Non-Hindus are only permitted inside the temple premises. They aren’t allowed to enter into the temple where the deities are kept for worshiping.

This place was built in the 16th century. It is the former royal palace cover an area of about 5 acres. The royal residence moved in 1886 after which the entire palace was turned into a museum. The palace derives its name from the statue of Hanuman (monkey god) which is situated at the right side of the entrance of the Palace. Every structure of this palace has history depicting the lifestyle and culture of the royals of Nepal. 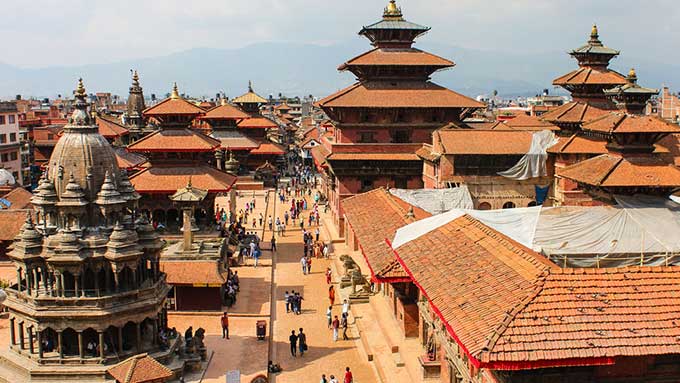 Patan Durbar Square is located in the Latipur city of Kathmandu Valley. The city comprises of four stupas at four corners which were built by the famous Emperor Ashoka. The site is a popular place among both, the Hindus and the Buddhist. The highlight of this place is the harmonized co-existence of two different archaeological structures derived from two different religion.

Yet another city situated in Kathmandu Valley, Bhaktapur is like a book of ancient history of Nepal. The city is a traditional industry of sculptures, woodcarvings and pagodas and temples. The entire city is filled with ancient buildings and structure most of which were built in the 15th century AD. The highlight of this site is the 55 window Palace.

Bhaktapur is not just about the structure and buildings. There is more to the city that simple what can be seen or touch. It is about what you can’t see but feel through the buildings and culture that has managed to live through generations.

Situated on top of the Changunarayan hill, the temple is located at about 4km north from Bhaktapur. It is the oldest temple in Kathmandu valley. The temple is dedicated to many Hindu Gods some of them being Vishnu, Lord Shiva, Goddess Kali and Lord Ganesh. It is a popular pilgrim sites among the Hindus.

Bouddhanath Stupa is the one of the largest stupas in the world and definitely the largest one in Nepal. The dome covers an area of about 100meters. It is simple and elegantly white rising above 36meters. The dome is a spiritual representation of the five elements of the nature.

The area around the Stupa is more like a market full of stores seling Buddhist artifacts and traditional artisans’ workshop. There are several restaurants serving delicious and authentic Nepali and Tibetan cuisine.

Swayambhunath is a famous pilgrim site of the Buddhists. It was built in the 15th century. The pathway leading to the stupa is uphill and comprises of around 365 steps. The inverted doom is pure white and clearly visible from distant afar. On each of the four sides of the main stupa, pair of big eyes symbolizing omnipresent almighty is painted.  The third eye signifies the wisdom that lies within.

The temple is also visited by other people for its magnificent beauty. The view from the temple is spectacular and a must to see during sunrise and sunset.

The world heritage sites of Nepal cannot simple be written and described in few words. They reflect the history of civilization of the nation. They also help us to identify the roots that that gave rise to the unique culture and lifestyle of the country. The sites are haunted by the essence of tradition that can only be felt and not captured and written about. 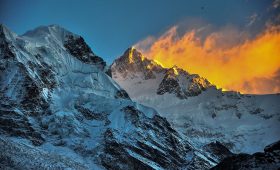 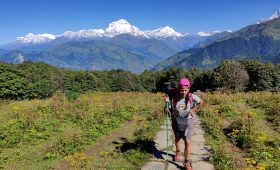 Annapurna Base Camp Trek In September 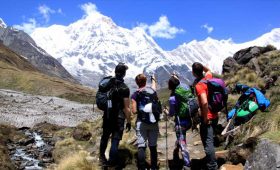 Annapurna Base Camp Trek in May