Time and again, we fathom the feeling of being able to fly like a bird. From this curiosity was born the ultimate adventure sports called paragliding.

Nepal has several paragliding destinations and Pokhara happens to be the most popular one among them. Paragliding in Pokhara is not only about the thrill but also about the view and the fresh air away from the evils of cities.

In fact, Pokhara is one of the top five commercial paragliding destinations in the world. It is situated about 114km away from the capital city of Kathmandu.

Known as the City of Lakes, Pokhara is heaven on earth. It is one of the most popular tourist places of Nepal and also the gateway of several trek routes. People from within and abroad visit the city for all sorts of reasons- adventure, recreation, family vacation, or honeymoon.

The city has so many things to see that it would be practically impossible to savor all of it through a normal perspective. Hence, paragliding in Pokhara is the ideal way of exploring the beautiful city.

The paraglide will take you off the floor to a height among the birds. The view from the height will be one of the best thing you will have ever seen in your entire lifetime.

It’s a feeling of being invincible while flying at that height, meanwhile feeling the breeze flow through your hair. Some things you need to know about Paragliding in Pokhara are- 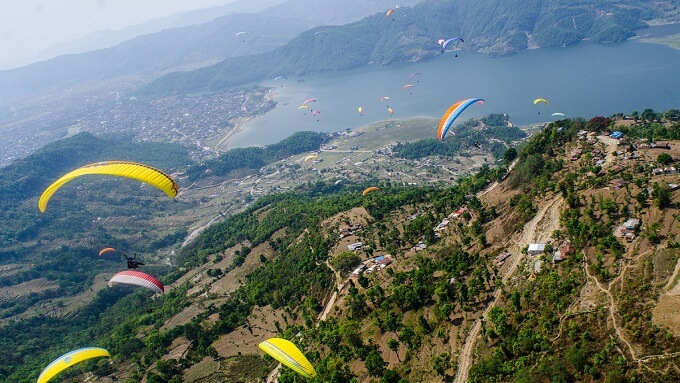 There are barely any words that can purely describe the adrenaline rush of the first take off. As a compliment, Pokhara put up some of her best belongings into display for you to enjoy during the flight.

You will see white peaks stretching over the entire horizon at the level of your eyesight. These decorations of peals include Annapurna I and VI, Annapurna South, Dhaulagiri and Machhapuchhare.

Right below you, mighty hills appear like wavy green fields. Some of these hill are terrace farmed.  You will also see beauty village settlements scattered around these hills.

The hills are all divided into sections by glistening lines of rivers and lakes finding their way to the ocean. They looks like beautiful patterns engraved amidst the wilderness of greens. All of this is what you can expect to see while Paragliding in Pokhara.

Paragliding is one of the extreme sport. It comes with a lot of unavoidable risks. If you are looking forward to paraglide, you need to be aware of the risks associated with it.

You can anticipate a few risks while taking off and landing. However, Pokhara is known for its safe landing and take-off spots and hence you need not be much concerned about that.

These are no legal laws and regulations for paragliding in Nepal. On your part, be careful while selecting a company. Research and make logical comparison and select the most popular company. Also, insure sure that the company provides all necessary insurance coverage. 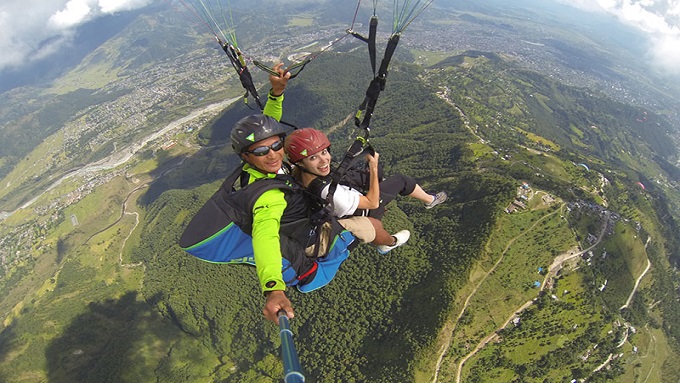 In this form of paragliding, you will fly with an expert. He or she will take control of the launch, flight and landing. You will not have to deal with the effort of having to learn how to control the paraglider. All you have to do is sit comfortably and enjoy the thrilling experience.

The prevailing weather condition has a significant influence on the experience of Paragliding for you. Chose a season where the weather is expected to be pleasant and the skies clear.

Pokhara has clear skies and pleasant weather throughout the year. Monsoon, from July to August, can be a very bad option for paragliding. The best seasons are autumn between September and October and spring between March to June. Winter is not a bad option too. Just make sure that it is not a gloomy day.

Paragliding in Pokhara can disappoint no one. The thrill makes up only a small part of the adventure. The real adventure lies in the feelings felt and the beautiful images seen from the sky. It is an experience bound description for any words to perfectly portray. 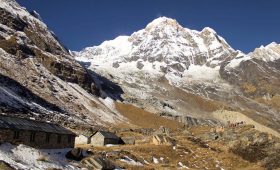 Annapurna Base Camp Trek in March 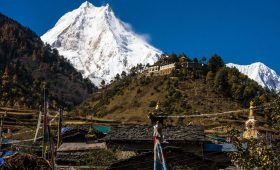 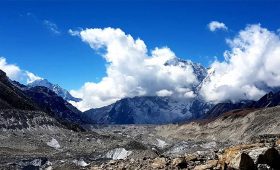