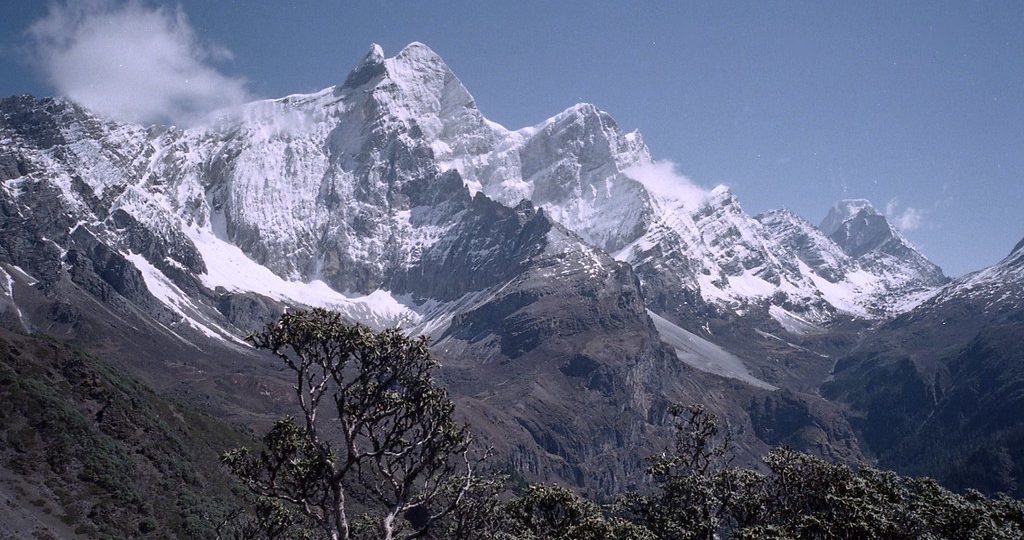 Everest Base Camp Trek is one of the major attractions of Nepal. Visiting the highest peak of the world at an altitude of 8848 meters so up close is on everyone’s bucket list. But only a few adventurous brave people can commit to embark on the adventure.

Embarking on any journey requires detailed information about the place. For any journey, the main requirement is always a map. Getting lost in a strange place is a nightmare. To avoid such a nightmare from becoming reality, you should always carry a map with you.

With the map of Everest Base Camp Trek, you will not only be able to find the routes easily, but you will also know where you are at the moment and what the main attraction of the place is. For example, with a map, you will know that a certain monastery or religious landmark is nearing and prepare yourself accordingly.

The 15 days Everest Base Camp Trek is the most popular route taken by trekkers. The trek starts with a flight from Kathmandu to Lukla. From Lukla, you will trek most of the day with around 5-6 hours of trekking every day. Passing through Namche bazaar on Day 4th for acclimatization, you will travel through religious monuments like Tengboche. Another acclimatization point at Dingboche is used during the trip.

You will reach the base camp on the ninth day of the trek. Taking the same way back, retracing your steps, you will return to Kathmandu on a flight from Lukla. This will mark the end of your Everest Base camp trek. This route is marked In blue in the map provided above. 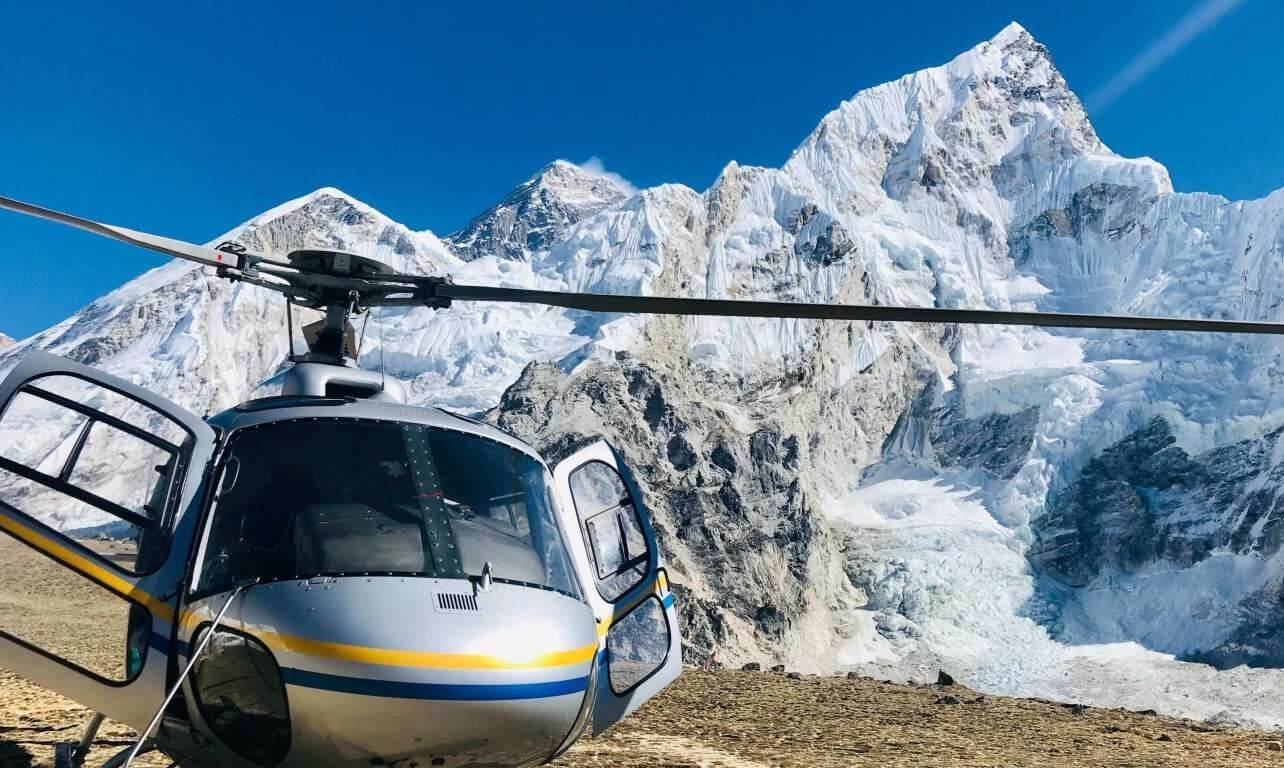 This route takes you to a mystical journey through the three passes: Kongma-la Pass, Cho La Pass, and Renjo La Pass. This place provides the best view of the Everest Base Camp. The three pass trek provides the trekkers with a solidarity trek on the way back. This trek route takes a total of 18 days, unlike the classical trekking route.

Details as per the Everest Base Camp Trek Map

Phakding to Namche: Rest one day for acclimatizing

From Phakding, this route leads us to Namche Bazaar through Manjoo. This stop is an acclimatization point where you will rest for the day to help better adapt to the altitude.

The next stop on this route is Tengboche. This is a Buddhist monastery worshipped by the sherpas. The map clearly shows how to reach the monastery from Namche Bazaar.

Tengboche to Dingboche – rest one day for acclimatizing

From the monastery in Tengboche, the route leads you to Dingboche. This is a small village on the way. You will rest at this spot for the day acclimatizing and head to the next stop the next day.

Lobuche is the next stop from Dingboche. There are two routes to reaching Lobuche. On the map, we can clearly see the routes we can take.

Lobuche to Everest Base Camp – Gorakshep

The way back is now all descents. Only today, you will hike up to Kalapatthar in the morning. The view of the mountains in the early sunrise is to die for. This is one of the main attractions of the entire trek. Then you can descend to Pheriche.

The return route is the same as the one you took to get up to the base camp. You will follow the same route you took from Pheriche to Namche Bazaar.

From Namche, you will return to Lukla through Manjoo and Phakding through the same trails as before. The only difference is that the way will no long be uphill.

Flight from Lukla to Kathmandu

Your journey finally ends with the almost-cinematic view of the mountains and the valley. All this from your comfortable flight from Lukla to Kathmandu.

This trek takes only 15 days to take the daring journey and come back.

Alternative Route Map from Base Camp 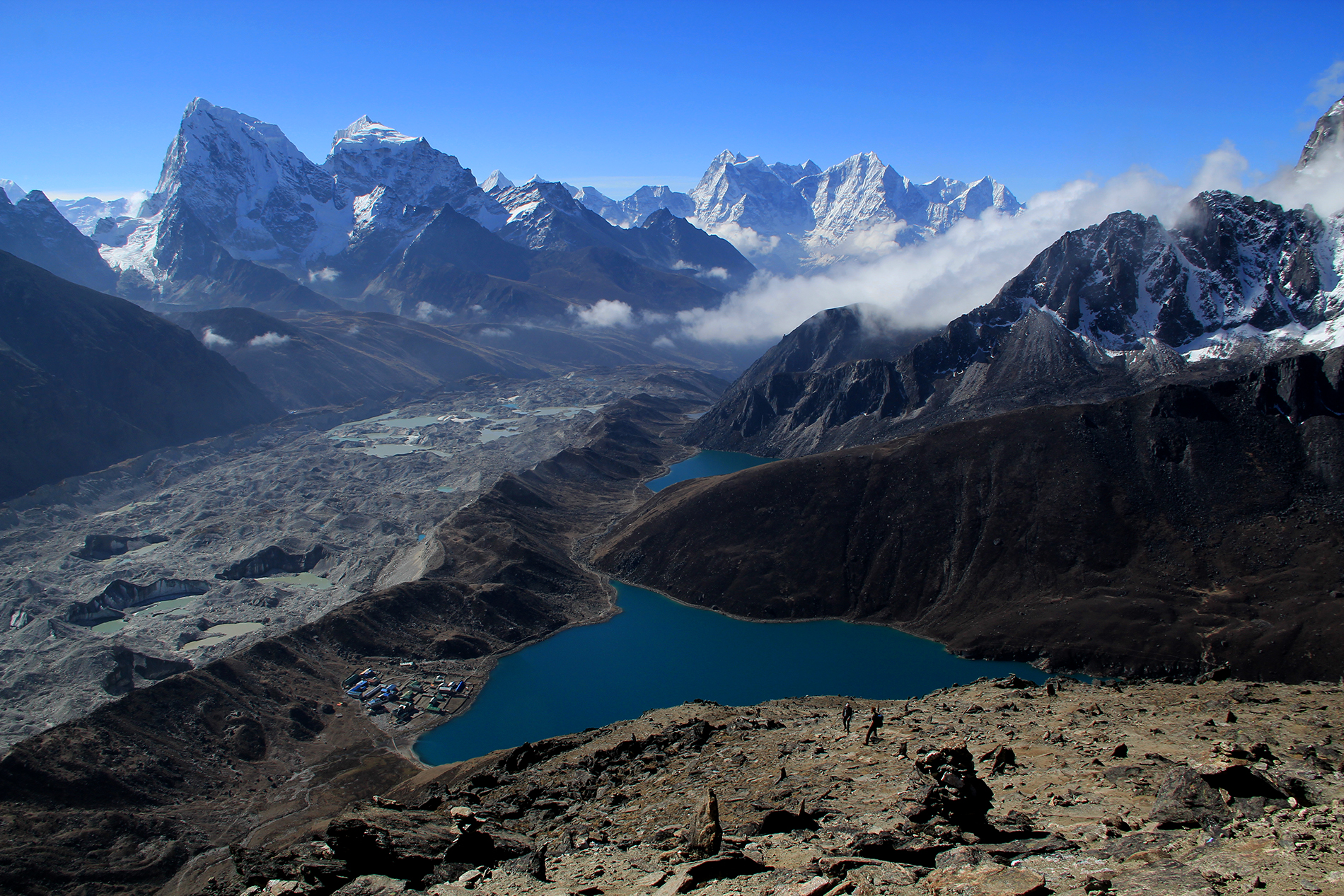 This route is similar to the classic Everest Base Camp Trek. The way up is the same. However, the way back has a lot in store for you. After reaching Diboche from Namche Bazaar, you will reach the first pass of the three- Kongma-la pass. This provides spectacular views of the Khumbu glaciers.

You will reach Everest Base Camp from the pass soon. On the way back you will trek to Gokyo lakes via Cho La Pass. Here, you will see awestruck views of the religious Dudh Koshi river and the valleys around it. the pass lets you see the majestic view of the highest peaks like Cho-Oyu, Chola, Lhotse, etc.

Unlike the classic Everest Base Camp Trek route, this route is remote and of a higher difficulty level so be careful on the descent. On the way back from Gokyo to Namche, you will pass through the last pass i.e, Renjo La Pass at an altitude of 5360 meters.

The rest of the trek is the same as before. You will follow the trail back from Namche to Lukla and fly to Kathmandu. This trek takes you 18 days to reach the base camp and return back to your flight.

Apart from the strenuous treks to and back from the base camp, there is an alternative route for your convenience. If you aren’t really good with descents or don’t want to walk back the same route, the same way you came up, you can always opt to choose the return by helicopter choice. There are many reasons to choose Everest Base Camp Helicopter Tour.

This route takes you through the classic Everest Base Camp trek route letting you experience all the trekking adventure while giving you the opportunity to end the trek with a unique Helicopter return to Kathmandu. This reduces your travel time and provides you a great opportunity to enjoy the view of the mountains from a helicopter without straining yourself more.

This route allows you to reach the base camp and enjoy the majestic view from Kalapattar. The helicopter return route picks you up from Kalapatthar and takes you to Kathmandu straight through the mind blowing view of the mountains, valleys, and the glaciers and rivers.

The difficulty of the routes

The venturesome trek to the Everest Base Camp is one of the most popular and daring treks in Nepal. The trekkers do face some difficulties to overcome this daring journey.

Being at an altitude of 5364 meters, you will have to hike up a lot. Altitude sickness is probable in the high mountains. So take your time to acclimatize in the stops as per the maps guidance and enjoy the trek without any problems.

Among the three routes mentioned above and shown in the map, the Three Passes Trek Route is the most challenging one. There are many things to consider before embarking on this journey. This route is often chosen by people to avoid human traffic on the way. The difficulty of this trek is higher than the classic route due to the sudden uphill on the way to EBC.

You can take this route to go to the base camp which will help you in reaching the base camp fast instead of taking this route on the way back. The alternative route is filled with glorious views but the trail is kind of steep and the altitude suddenly increases.

The difficulty almost everyone faces in this route to go to Everest Base Camp is the difficulty to acclimatize in the Gokyo valley. The route seems to take only a few hours of walking so the trekkers usually rush in without proper acclimatization leading to altitude sickness.

Als, you should be careful to choose the best season to travel through this road.

Seasons are important for both ascending and descending the route. If you travel during the rainy season, there are many chances of landslides or you sliding down the slippery roads. So keep in mind to check the season and the climate before booking your trip.

The trek to Everest Base camp with helicopter return is a deal stealer as the package provides you with so many different routes and a spectacular view of the mountains and the valleys. The only difficulty that can arise on this magnificent trip is the unpredictable weather changes.

Helicopter rides are fun and exquisite, especially in the mountain range. But they aren’t advisable in bad weather conditions. The safety is in question in bad weather. So before you decide to plan a helicopter ride home from Everest Base Camp, please keep in mind that weather affects your ride a lot.

Best Time to go to Everest Base Camp Trek

Everest Base Camp Trek is a challenging trek that takes you through uphills and rocky roads. The best time to go to Everest Base Camp in the spring season during the months of February to May. The routes to reach the base camp are dry during these months.

The winter season through December to February can also be a good time but the temperature is obviously low.

Before setting on an adventurous trek to Everest Base Camp, you should research the best time to go trekking to get the most out of your journey.

Why Do You Need Everest Base Camp Trek Map?

Traveling through the steep snowy roads of Everest Base Camp trek, it’s easy to lose your way. Awestruck with the beauty of the place, you can get distracted from the route sometimes. These are the time maps come in handy. In the remote villages, charging your phones may be difficult. Also, wifi at such an altitude is rare. At such a time, carrying a map will be very handy.

A Basic Necessity For A Solo Trek

Other essentials for the Trek

Apart from the map of the Everest Base Camp Trek to guide you through the different routes of the Trek, there are other essentials for the trek like: 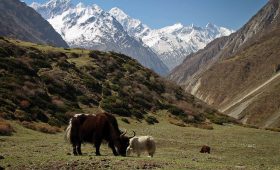 Trekking in Nepal in April 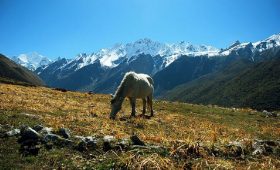 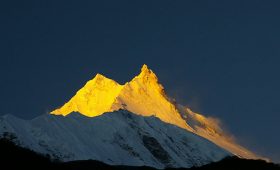