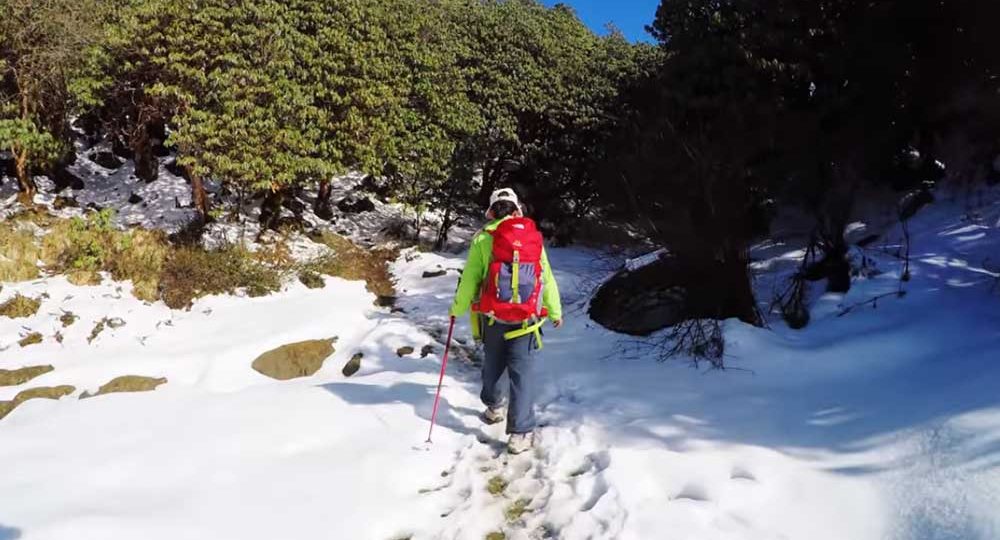 Annapurna Region is quite a popular trekking destination among the tourists. This region offers many exotic treks that take you on an adventure in the Himalayas. Some popular trekking routes are Annapurna Circuit Trek, Annapurna Base Camp trek, and many more.

This is an idle trekking destination for nature and adventure lovers. You can find both short and long day treks in this region. The difficulty of the trek depends on the type of routes you will be visiting.

Among various treks, Mardi Himal trek is one of the most visited routes over the years. This trek is quite popular among foreigners as well as locals of the country. It lasts about 5 to 7 days in the Annapurna region.

Any time of the year is suitable for Mardi Himal Trek but each month has its own benefits and disadvantages. If you are planning to visit Mardi Himal during December then it is possible.

Winter season is the off-season time of the year. Due to cold weather and snowfall trekking during this month is quite not popular. However, December is the beginning month of the Winter season. Thus, there are fewer chances of snowfall during early and mid-December.

Traveling during this month is a great choice for peace lovers. The trails are quiet and not much crowded giving you all the privacy you want. Also, the gorgeous view of various magnificent peaks will add color to your trip.

The weather is dry during early December but has snowfall in high altitude by the end. The trails and forests covered in white look mesmerizing to the eyes. There is also a low chance of trails being blocked due to snow in December.

If you are planning to trek to Mardi Himal in December then you need to make proper plans and preparations. Bringing along necessary clothing and equipment is a must.

Look out for weather reports before and during your trek. To know more about Mardi Himal Trek in December read further below. 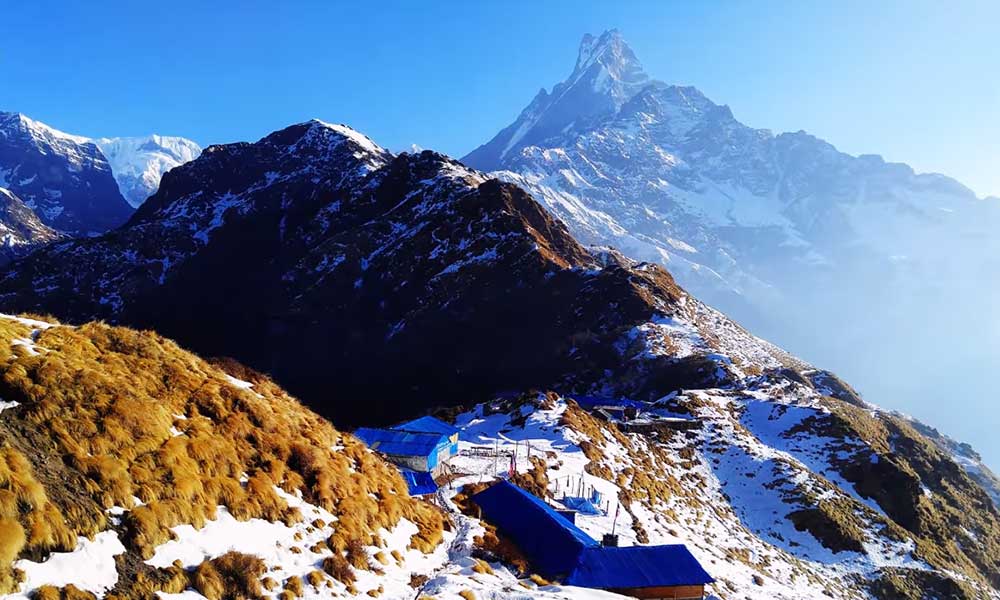 Though the routes of Mardi Himal are new to the trekking world. It has been rapidly gaining popularity among trekkers. This is one of the best short treks in Nepal. Walking in this trail is not as hard as other treks in this region.

The route Mardi Himal Trek is a moderate level trek. This trek is suitable for both novice and professionals. There is no need for technical equipment on this trek.

The highest point of this trek is Mardi Himal Base Camp. It is at an altitude of 4500 m above sea level. At this height, altitude sickness is considered common amongst trekkers. The scenic vista of the magical landscapes and mountain peaks is amazing.

Some peaks seen on the routes of Mardi Himal trek are Annapurna, Machapuchhre, etc. You will also be passing through the enchanting forest of rhododendron, pines, oaks, etc.

Many ethnic communities are found in the villages of this region. They live together in harmony and peace. Some of these communities are Thakali, Magar, Limbu, Sherpa, etc.

But the majority of people found in these areas belong to the Gurung Community. This trek is a mixture of culture and biodiversity. Passing through the Gurung villages you get to learn about their lifestyle and behavior.

To trek in the routes of Mardi Himal, you will be needing some special permits. Without them, you cannot complete the trek.

Winter season is not much preferred by trekkers due to the harsh weather conditions in the Himalayas. The months from December to February fall under this season. The season of winter is dry in the Mardi region.

December is the first month of the winter season. Thus the season is just beginning making Mardi Himal Trek in December possible. In the earlier week of December, it is not much cold but as the weeks pass by, cold gradually increases.

Even though it is the season of cold the skies are clear and walks during days are warm. Walking under the sun viewing the beautiful scenarios under the clear blue sky is a dream come true.

However, the nights are cold and as you climb high in elevation it gets colder. So, carrying warm clothes is highly recommended during these months.

The temperature of Mardi Himal Trek in December 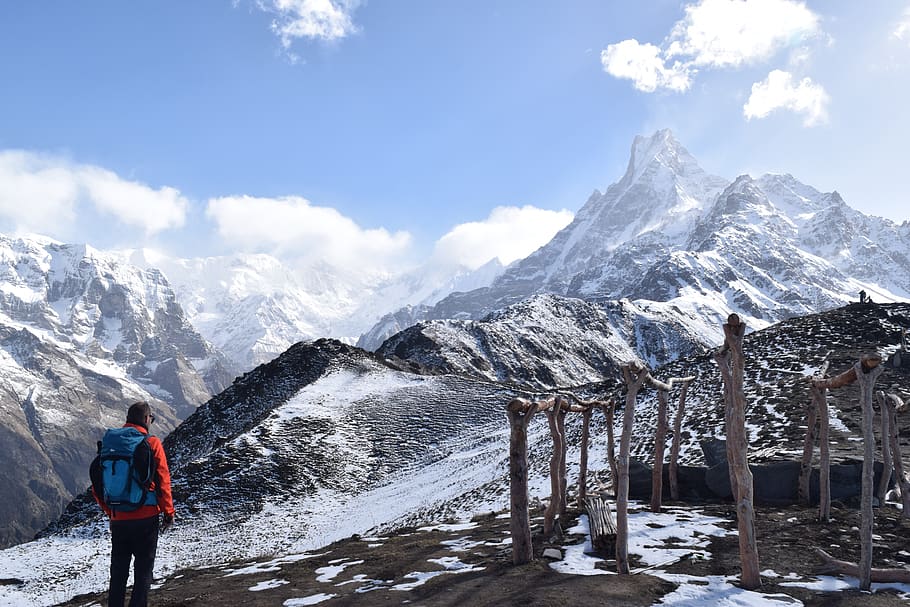 In Nepal, there are three regions: Terai, Himalayas, and the hills. Each region has a different climatic condition and poses a different temperature. During Summer, the temperature in Terai exceeds above 40 degrees. While in the Himalayas it ranges up to 20 degrees max.

Likewise, the temperature during winter is higher in the Himalaya region in comparison to other regions. As winter is starting from the month of December. The temperature ranges from 9 to 12 degrees during the daytime.

Climbing in the Himalayas during December is quite harsh and challenging due to the drop in temperature. But no matter how cold the weather is the sun will keep you warm during the day.

Even though this trek is not situated at a higher altitude compared to other treks of this region. You still might face various difficulties that can make your journey harsh and thrilling.

Written below are a few of the Mardi Himal Trek Difficulties in December:

The route of Mardi Himal is a moderate level trek that requires a lot of stamina from the trekkers. The routes might not be much harsh for walking. But still, there are many up and downhill walks you have to do for this trek.

The uneven and exotic routes make the walk more thrilling and challenging. Also carrying a backpack and making the uphill climb might drag you down. So you need to have huge stamina to complete this trek.

Altitude Sickness is common when trekking in elevation above 4000 m altitude. Suffering from Acute mountain sickness is unavoidable in the high Himalayas. Each body gives a different reaction to altitude sickness. It might be hard to cope for some people while some can adjust without much hassle.

In this trek, you will be reaching an altitude of 4500 m above sea level. Thus suffering from altitude sickness is common in Mardi Himal Trek. You should not panic but inform your guide immediately if you see any symptoms of this sickness.

Some of the common symptoms of Altitude sickness are:

Do not hide if you have doubts about suffering from this inform someone directly. If not treated in proper time it can be risky for your life. Thus, walk slowly, take rest, and drink plenty of water.

If this is your first trek then walking up and downhill for 7 hours can be tiring and challenging. Thus it is better to not rush the trek and take it smoothly. As for experienced trekkers, these routes can be quite easy to walk.

To complete this trek, you need to be physically and mentally fit. It requires a lot of energy so physical training is a must on this trek.

Reasons to do Mardi Himal Trek in December 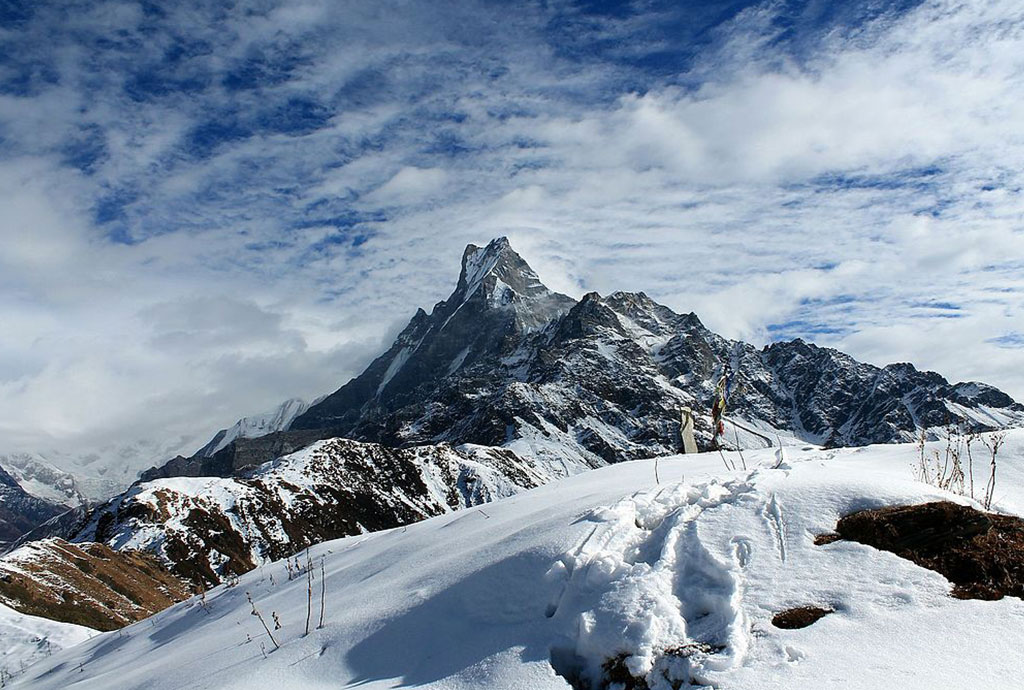 Visiting Mardi Himal to watch the beauty of nature is not the only reason. There are other reasons as well to do this trek in December. Some are written below:

As December is the off-season month of the year. The routes are less crowded with trekkers during this time. You can get all the privacy you want without much trouble.

If you love walking in silence while viewing the beauty of nature. Then trekking in December is a great choice. The coldest months are yet to begin so the weather will be tolerable.

Also, you won’t be disturbed by passing people. So it gives you plenty of time to enjoy the beauty of nature.

As only a few people visit this region during December. You get to enjoy the warm welcome and proper hospitality. While visiting in peak seasons you usually don’t get the room of your choice.

But in December it’s quite opposite, as most of the room is vacant you have plenty of choices. You also don’t have to wait in long queues to use the bathroom.

If you got bargaining skills it might come handy during this month. As you might even get heavy discounts with the right words.

Tips for Trekking to Mardi Himal in December 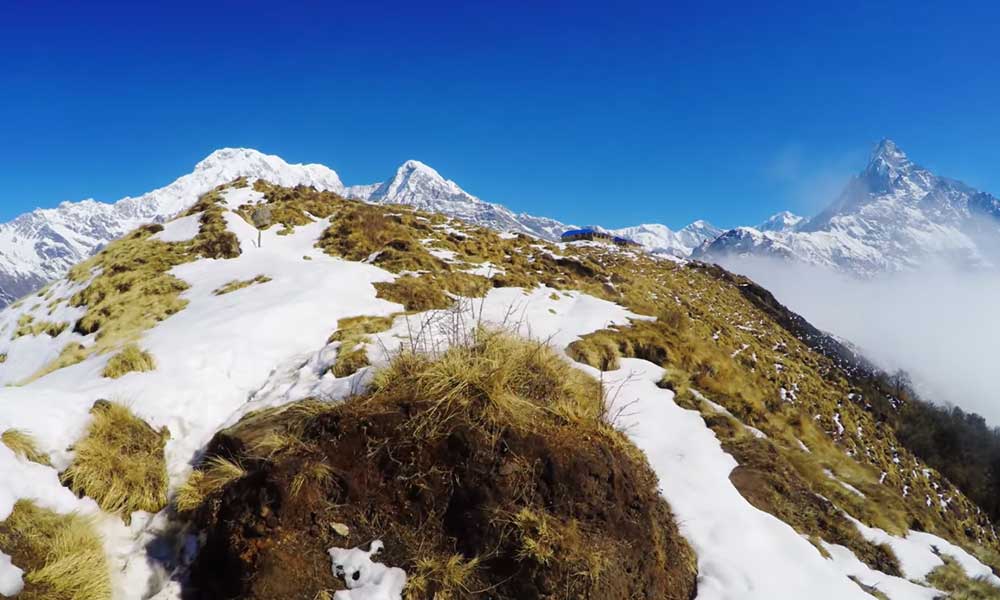 Here are a few tips you can follow when trekking to Mardi Himal:

Packing proper clothing is quite necessary while traveling to the Himalayas. As you are traveling during December it is necessary to pack warm clothes for this trek. As you climb high in elevation it tends to get colder. So gloves, socks, jackets, trek pants, and bodywarmer are essential.

As the temperature drops during the night time. You need to carry sleeping bags to keep you warm. As the blankets in the hotel might not keep you warm.

The main priority is to carry as light as possible. You should only carry things that are necessary for the trek. Carrying extra can be a burden when traveling up and downhills.

The load can slow down your pace and make you tire down quickly. You should make a list of things that you will bring along in this trek. Thus, it makes packing easier.

Carrying your own water bottle is very necessary when trekking in the high mountains. As there might not be shops in some parts of the routes. Also, mineral water bottles are expensive in higher regions.

If you bring your own bottle then you can refill it from the hotel or water station along the way. This is when water purification tablets come in handy. You might be unknown about the source of water. So you can use the tablet to kill harmful bacterias.

Drinking plenty of water is compulsory in this trek. As you will be sweating a lot so keeping your body hydrated is quite necessary. Don’t forget to refill your bottle before beginning the trek.

To finish the trek you need to be physically and mentally fit. You should have strong stamina to make the up and downhill walk each day. You can increase your stamina by doing various physical exercises.

Such as running, swimming, short hikes, walking about 3 to 4 hours a day, and many more. These exercises can be done on your own. You don’t need to visit the gym or hire a trainer.

Mardi Himal Trek is an exciting trek in the beautiful Annapurna region. This trek can be done by both novice and experienced trekkers. You can make this your first trek. As the routes of this trek are quite easy compared to other treks.

Mardi Himal trek in December is quite an adventure you don not want to miss out on. So, if you are trekking during December visiting by early or mid-December would be a good choice.

Have a great time and make great memories. 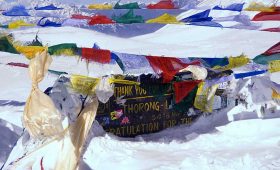 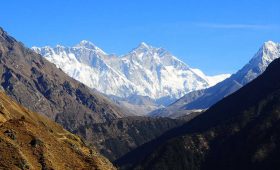 Everest Base Camp Trek in April 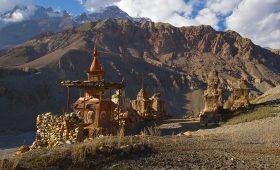